Public Debate: Agroecology in the EU 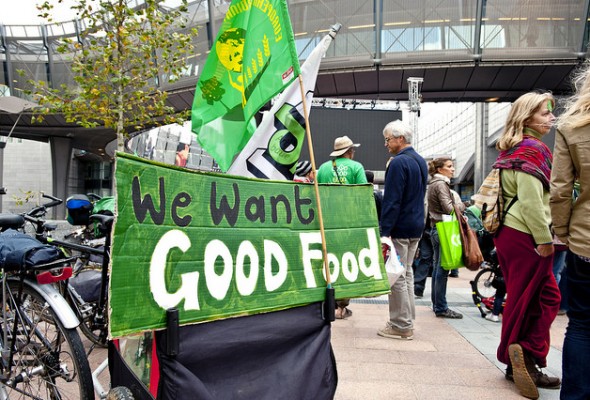 Public Debate: Agroecology in the EU: an unique opportunity for European food and agricultural model

European Parliament
Altiero Spinelli Building – A1G-2 room
Thursday, 17 September 2015, 9h- 13h15
Brussels, Belgium
European Coordination Via Campesina in collaboration with Coventry University organises a public debate on Agroecology, based on the work achieved by the food producers worldwide that agreed on common understanding of the principle of Agroecology as presented in the declaration of the International Forum for Agroecology (2015). The conference will be an opportunity to discuss the public policies needed in order to support and implement agroecology in Europe with representatives from EU institutions and the scientific community in Europe. The public debate will be held in the European Parliament building and hosted by MEP Lidia Senra Rodríguez (GUE/NGL). Representatives of farmers and small-scale food producers’ organisations will challenge EU institutions and the scientific community through an interactive debate.

The event will be held in English and Spanish. Overall objectives of the debate:

9:30 – 9:45 Welcoming remarks by Andrea Ferrante, representatives of ECVC (presentation of the declaration of the International Forum for Agroecology)

9:45 – 10:30 Session 1 – Agroecology a concrete reality
Moderated by Maryam Rahmanian, member of the Steering Committee of the High Level Panel of Experts on food security and nutrition (HLPE)

As agriculture in Europe is already facing several challenges expected to become more severe in the forthcoming decades, farmers are being asked to change models of production to feed a growing population, to lessen the farming ecological footprint, to mitigate climate change while adapting to its vagaries.

Agroecology is a social and productive framework/movement that accumulated knowledge and wisdom of rural peoples, organized in a dialog among different kinds of knowledge (diálogo de saberes). The production practices of Agroecology (such as intercropping, traditional fishing and mobile pastoralism, integrating crops, trees, livestock and fish, manuring, compost, local seeds and animal breeds, etc.) are based on ecological principles like building life in the soil, recycling nutrients, the dynamic management of biodiversity and energy conservation at all scales. Agroecology drastically reduces our use of externally-purchased inputs that must be bought from industry.

For this reason, Agroecology represents an unique opportunity for the agricultural and research agenda of the EU. Food producers organizations from all over the world have recently met in the international forum for Agroecology (Mali, February 2015) to develop a common understanding of Agroecology. The outcome is Agroecology for Food Security and Nutrition. Additionally FAO is currently holding, in different continents, regional conferences on Agroecology (Latin America, Africa and Asia).

The conference will be an opportunity to discuss the public policies needed in order to support and implement agroecology in Europe with representatives from EU institutions and the scientific community in Europe.