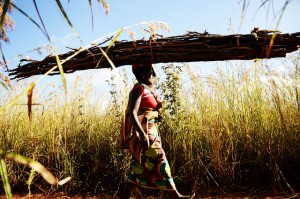 The right to food is a human right and comes with binding obligations well-established under international law. The Universal Declaration of Human Rights of 1948 first recognised the right to food as a human right. It was then incorporated in the International Covenant on Economic, Social and Cultural Rights (Article 11) adopted in 1966 and ratified by 156 states, which are today legally bound by its provisions.

Democracy not for sale: the struggle for food sovereignty in the age of austerity in Greece

Austerity measures led to increased rural poverty and food insecurity in Greece and violated her people’s human right to food. How did this happen and who is responsible? Download the full ...
Read more

The forum gathered over 500 delegates from 43 countries, ...

Take action against the FFA for the Future of Agriculture

On the 28th of March, the tenth edition of the Forum for the Future of Agriculture (FFA) will be held in Brussels. Its organisers, multinational chemicals and agrifood firm Syngenta ...

The fight back against industrial agriculture and for a just and sustainable future for farming and peasant farmers took a leap forward this week as the largest-ever European forum on ...