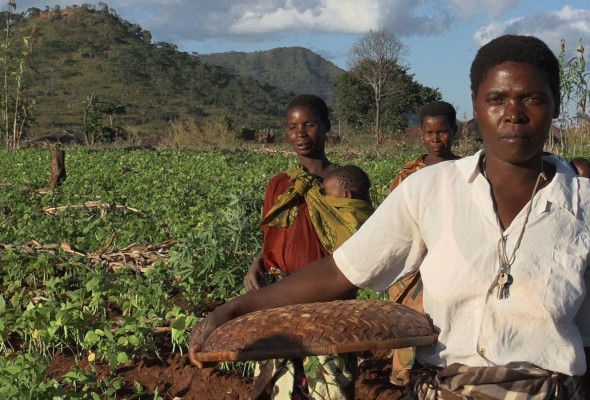 Under the watchful eye of corporations, the ‘cultural legacy’ of the EXPO 2015 ignores international human rights law and the right to adequate food and nutrition.
Although it has been introduced as ‘a participatory document’ towards ensuring that future generations can enjoy the right to food, the Milan Charter represents a self-gratifying approach by corporations and associated states, which undermines people’s human rights. While the Charter projects the corporate sector as a solution, FIAN International stresses it is indeed part of the problem.

Resulting from the heavily corporate-sponsored EXPO 2015, the Milan Charter ignores the International Covenant on Economic, Social and Cultural Rights (ICESCR), ratified by more than 160 countries in the world and related human rights obligations of states, including their obligation to regulate transnational and national corporate activities that prey on farmers’ control over their lands, seeds and waters. The charter also distorts the nature of human rights, as they are portrayed as mere beliefs, and not referred to as law.

Commenting on the Milan Charter, Flavio Valente, FIAN International’s Secretary General, states: “The charter is being oblivious to the fact that most of the documented violations of the human Right to adequate food and nutrition are directly or indirectly associated with human rights abuses on behalf of corporate interests.”

The Charter intentionally blurs the fundamental difference between the role of citizens and civil society, on one hand, and the corporate sector, on the other. Funnily enough, the Charter encourages both groups to work together to overcome some ‘challenges’ that mostly have corporate interests as the driving force: Plundering of natural and human resources, abuse of fossil fuels and dirty energy, unsustainable food systems, predatory fishing, deforestation, amongst others.

“The Charter’s demands are contrary to the practices of the corporate sector supporting this initiative: This lacks credibility. The issues are too serious to be misused for promoting corporate images – and power. Sovereign peoples insist to be ruled by their states not by corporations. Human rights constitute the legal foundations of equitable and democratic states that ensure human dignity for all – instead of serving corporate interests,” FIAN International’s Secretary General adds.

FIAN International underlines that any attack on the fundamental nature of human rights is also an attack on the modern democratic state and the rule of law, and calls on wider civil society the world over to oppose and raise their voice against any attempts to highjack human rights.