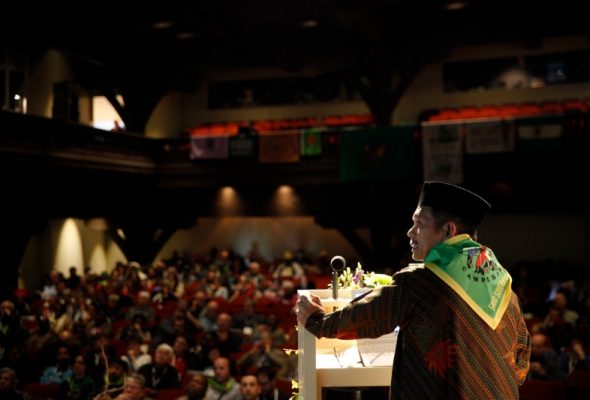 Peasants and other people working in rural areas, civil society organisations and academics from all over the world gathered from 7-10 March 2017 for the Global Peasants’ Rights Congress in Schwäbisch Hall, Germany. The conference kicked off with an international delegation of women performing a ‘mystica’ to honour International Women’s Day.

Despite years of campaigning for better recognition and protection of the rights of peasants, displacements and criminalisation continue affecting hundreds of thousands of peasants globally. “The need for a UN Declaration on the Rights of Peasants is more urgent than ever,” said Elizabeth Mpofu, General Secretary of La Via Campesina. “We promote a model based on food sovereignty and support the agroecological peasant agriculture as a solution to food, climate and social crisis. In championing the rights of peasants and other people working in rural areas, humanity also wins.”

Peasant organisation Serikat Petani Indonesia initiated the bottom-up process for a Peasants’ Rights Declaration in 2001, under the leadership of Henry Saragih. After much effort, international unity and coordination, the process has now arrived at a crucial point. In May 2017 the UN open-ended intergovernmental working group will meet for the fourth time to work and find consensus on a final version of the declaration. 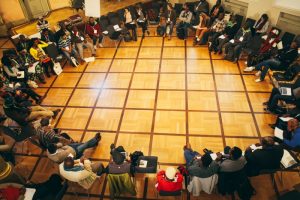 The crucial importance to uphold the rights of peasants, fishers, rural workers, migrant workers, shepherds, beekeepers, indigenous peoples and other people working in rural areas was highlighted in a wide array of testimonies and richly diverse presentations and working groups of the Peasants’ Rights Congress. On the second day the participants discussed which peasants’ rights are violated and how they can be protected by a UN Declaration on the Rights of Peasants and other People Working in Rural Areas. In five working groups they addressed the challenges regarding seeds, access to land, a proper income, biodiversity, repression and criminalization of peasants. Peasant representatives, academics, legal experts, activists and political representatives took turns covering the multifaceted stakes of obtaining a Peasants’ Rights Declaration in the United Nations: food, economic and environmental well-being. The agricultural model promoted by dominant State policies benefiting corporate interests must be countered by empowering rural communities and supporting an agricultural model based on food sovereignty and agroecology.

On the last day of the Global Peasants’ Rights Congress Guy Kastler (La Via Campesina) and Pat Mooney (ETC group) linked the development of new GMOs (New Breeding Techniques) with agri-business mergers: “Two-thirds of the seed market is currently controlled by six corporations that are trying to merge into three. More mergers in the agri-business sector will follow though. If we don’t have Peasants’ Rights then the only group in the world to know what is happening in the fields, in the land, will be these big companies. Considering that 70 percent of the food the world consumes comes from peasant farming we need to give rights and guarantee these rights to peasants, otherwise we won’t have food.” Guy Kastler continued by saying that “the new breeding techniques (New GMOs) put forth by the industry are weapons of mass destruction, destruction of our rights, of biodiversity and of peoples’ sovereignty.”

Federico Pacheco (Field Workers Union – Andalucia) argued that the Declaration on the Rights of Peasants serves as a reference to pay attention to the needs of the rural world and defend another agricultural model. “Why do we need a declaration? Because working conditions in the rural world are extreme and none of the existing instruments have proved to be efficient. The system encourages the displacement of persons, forcing them to accept unworthy working conditions.” Economic and social rights in the rural world are very seldom respected, Pacheco continued. “With this Declaration, we could exercise our right to not be forced to migrate, and have better working and social conditions. Raising awareness and mobilizing in favor of this declaration have to be a priority, since it is a fundamental step forward for the world’s peasantry.” 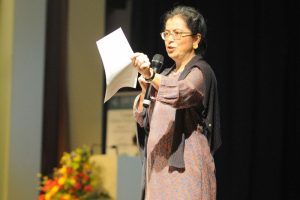 Three days of rich exchanges at the congress set the pace for the much needed global collective effort ahead of the May session of the UN open-ended intergovernmental working group, which will try to finalize the Peasants’ Rights Declaration. The congress was wrapped up by the presentation of a draft manifesto on the need for a declaration, enhanced with comments and suggestions from the audience. The text – of which the final version is expected in the coming days – highlights, among others, the need for German and European governments to support this historic process, as well as the harm created to peasants by the EU’s current Common Agricultural Policy.