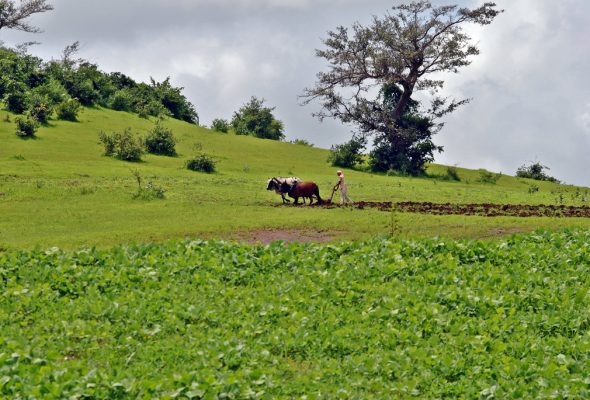 With the Brexit, the election of Trump, the rise of the extreme right in Europe and increasing migration, there is an urgent need to intensify cooperation between countries and their populations.


Wars, climate change, the depletion of natural resources, poverty, hunger and malnutrition, but also the increase in inequalities, are all fundamental problems that humanity must seek to resolve together. This cannot be done without questioning both the current neoliberal globalization, and the xenophobic and nationalist orientations that are opposed to economic globalization while protecting and defending their own interests.

The false answers to neoliberalism are in the spotlight, notably that of Donald Trump who, in his presidential project, on the one hand develops protections against imports and brings the Transpacific Treaty to a standstill, and on the other promotes financial capitalism, US transnational corporations, fossil fuels, and green capitalism,… while denying climate change and repressing social struggles. The European Union is no exception, which imposes on Africa very unequal economic partnership agreements (EPAs), and maintains, in its Common Agriculture Policy (CAP), masked tools enabling protection and dumping¹. Official criticism, including that of the IMF, of the defects or excesses of globalization, the postponement of the transatlantic treaty project (while the CETA² is in the process of adoption), and the current reduction in international trade, show us that the neoliberal framework is out of breath. But these developments do not prevent transnational corporations from pursuing their offensives, protecting themselves with patents, and seeking to impose private arbitration tribunals in trade agreements.

Social movements are struggling against the negotiation of “free” trade agreements, and demanding climate justice, international solidarity, and that the human rights of all be respected, everywhere. These various struggles aim to meet the expectations of the populations affected by the impacts of neoliberal globalization, in the areas of food, the environment, income and employment. At the heart of these struggles is the food sovereignty movement, which claims the right of peoples to democratically decide their food and agricultural policies, and aims at radically changing our food systems. Our response to the rise of nationalism and xenophobia lies in strengthening mobilizations at four levels (local, national, regional, international) to achive food sovereignty, a demand made by the global peasant movement La Via Campesina and many other organizations since 1996. Food sovereignty is “the right of people, their countries or unions, to define their agriculture and food policy, without dumping vis-à-vis third countries“, (La Via campesina, 2003). It « puts those who produce, process and consume healthy and local food at the heart of our agriculture and food systems […] instead of the demands of market and transnational companies …”(Nyéléni Forum, 2007). Food sovereignty is a democratic requirement, which goes contrary to the capturing of power by the corporate agenda. And this is not an agenda of withdrawal: the social movements who claim food sovereignty express international solidarity, and they do not question the role of international trade – although they call for its regulation and for a rebalancing between international trade and reinforcing local food systems.

Food sovereignty must be translated at the UN into new international trade rules, favouring the adoption, at national and regional levels, of agricultural policies that are adapted to the needs of countries in terms of market organization, and are conducive of sustainable agriculture and alternative production and exchange practices. It aims to provide food security in good conditions. Food sovereignty is not autarky. It wants to put international trade in its proper place by giving priority to agriculture and food for the people, not to markets. It provides a new framework, favorable to policies of relocalization of production, agro-ecology, and sustainable access to/protection of natural resources. It makes it possible to develop culturally adapted food systems that prioritize nutrition, health, and the environment.

At the international level, food sovereignty provides the basis for moving from currently hegemonic trade – favoured by WTO rules and benefiting powerful states and transnational companies -, to cooperative exchanges, which set limits on the advantages of countries that could abuse their competitive position. To the duty of countries not to harm the agricultural economies of third countries, must correspond the right to put in place real protections – tariffs and import quotas in particular -, that are justified on economical, social and environmental grounds.

Faced with the global concentration of agrifood power, consumers and citizens have developed both an increased understanding of the stakes and their capacity for action. Initiatives to relocalize food systems are multiplying but remain fragile under current policies. In this battle for food sovereignty, let us not leave peasants alone. Food is everyone’s business. Together, peasant and civil society organizations, institutions, researchers, must propose new rules, new frameworks for international trade in agriculture and food and agriculture policies, building on successful local « transition » alternatives. It’s urgent. The forthcoming adoption at the UN of a Declaration on the Rights of Peasants and other people working in rural areas, and advances at the Committee for World Food Security (CFS), including on the importance of access to territorial markets for small food producers, should constitute a base towards food sovereignty.

Through the large and plural mobilizations it implies, and its many contributions, food sovereignty is an essential battle in this current period of high risk: to curb nationalism, injustices, xenophobia, and to safeguard and develop peasant agriculture, the production of affordable, nutritive and healthy food, and the protection of our planet.

¹ Direct payments under the CAP allow the export of agricultural products at prices below their production costs. These payments are unduly notified in the “green box” of the WTO, and are constantly at risk of being challenged at the WTO. Combined with farm prices that are aligned with world levels, direct payments under the CAP de facto subsidize the agro-industry and big retailers, because they allow them to source European products at low cost.
² Trade agreement signed between the EU and Canada, but still not ratified.

This article originally appeared on Mediapart (in French).