Publication: Bioenergy in the EU 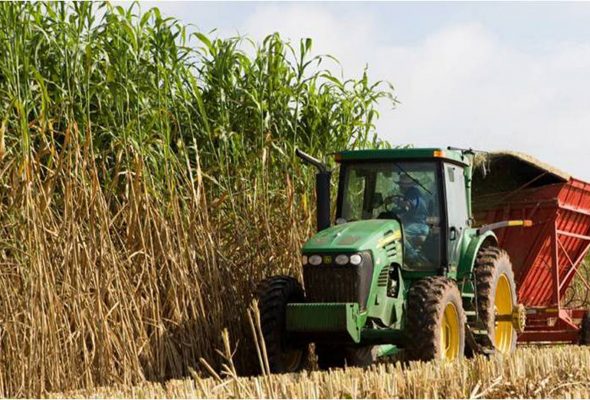 The European Union’s approach to bioenergy is shaped by contradictory policies. Read more about it in the new Hands on the Land publication ‘Bioenergy in the EU’.

Climate concerns are highlighted in public discourse and assure broad public support for renewable energy, including bioenergy. Meanwhile, however, the EU’s corporate growth and trade agenda promotes the use of energy that, while it might be considered ‘renewable’ in technological terms, actually significantly increases the EU’s footprint on land elsewhere, with significant implications for environmental and social justice.

This is because the EU growth and trade agenda is geared towards renewable energy generation that, in the case of bioenergy, relies on large-scale imports of biomass produced in monoculture plantations for the sole purpose of energy consumption in the EU. What is lacking in the policy mix is a focus on reducing total energy consumption in the EU. In the absence of such a commitment, support for renewable energy tends to perpetuate the kind of corporate control over energy production and consumption that has brought about the climate, biodiversity, water and environmental crises we face today.

A key flaw of EU bioenergy policy is, thus, that it fails to ask what kind of energy, and what kind of energy consumption, would be needed to make EU energy consumption truly sustainable. Instead, it is fixated on numerical targets and advancing energy technologies ‘at scale’ within the existing framework of corporate control. As a consequence of these conflicting policy priorities, EU bioenergy production is leading to increased, not reduced, greenhouse gas emissions compared to fossil fuel burning. In addition the reliance on large-scale monoculture plantations to produce biomass for energy generation is damaging biological diversity and increasing pressure on scarce land and water resources.

EU bioenergy targets have led to a significant and growing share of biomass for energy being imported to the EU from countries in the global South, as well as from regions rich in natural forests, such as Canada, the United States and Russia. The targets have triggered large-scale acquisition of land for the production of bioenergy to be consumed in the EU. This not only increases the EU’s ecological footprint abroad but also heightens the risk of human rights abuses, land and resource grabbing, poverty, and erosion of food sovereignty, particularly in fragile and biologically rich habitats and in disputed territories marked by competing claims over access rights and ownership.

Experience with EU bioenergy targets has shown that, in order to contribute to a just energy transition, renewable energy development needs to be guided less by blanket endorsement of specific technologies and more by policies that consider social and environmental conflicts throughout the production chain and ask who controls the production of both the raw materials and the technologies that produce energy marketed as renewable.