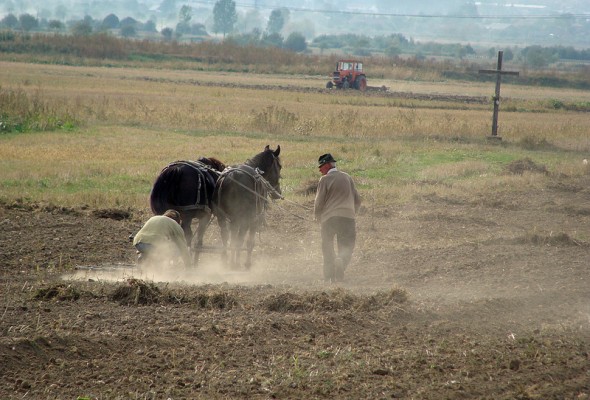 How did a Dutch bank come to own land from Romanian farmers that were not even aware their land had been sold, or did not consent selling it?


In two insightful pieces of investigative reporting, journalists Luke Dale-Harris and Sorin Semeniuc follow the money trail behind a number of very questionable land transfers in Romania. The trail led them to Dutch agricultural banking giant Rabobank, which has invested millions of euros in agricultural land in the country.

Our Romanian Hands on the Land partner Eco Ruralis has long worked on these and other cases of land grabbing and has contributed to the research for these articles. In the Dutch publication, TNI reflects on land concentration in Europe at large.

English versions at ‘De Correspondent’:
Tales of corruption surround Rabobank dealings in Romania
Think land grabbing is a thing of the past? Think again